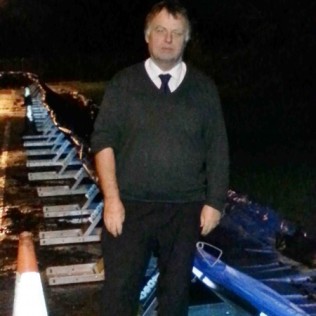 Our MPs, Andrew Smith and Nicola Blackwood, have visited flooded areas to see the problems and how defences were working.

Oxford East MP Andrew Smith said: ‘The Environment Agency, City Council and Emergency Services have done a good job.  I saw for myself the effectiveness of the barrier by Hinksey Lake and the pumping operation in Vicarage Road, where we had 3 feet of water in 2007. The measures pressed for by the Oxford Flood Alliance and put in place have made a big difference; but it is all still on a knife-edge, and we must all keep up the pressure for more works to reduce the risks still further’.

Nicola Blackwood, MP for Oxford West and Abingdon, visited areas on the Botley Road and in South Hinksey before moving on  to Abingdon. She saw flood defences working well at Bullstake Close, Botley Road. In sharp contrast, in South Hinksey there was flooding of seven houses, with water which seems very likely to have been contaminated by overflowing sewers. Ms Blackwood is taking up this and other issues on behalf of residents.
Sewers and/or surface water systems appear to have been overloaded too in the Grandpont area, and parts at least of the Botley Road area. This is of great concern and demands urgent investigation and remedy.