We’re still here and busier than ever until the ridiculous and ill-considered proposal to extend Seacourt park and ride is finally defeated or abandoned.

Who in their right minds would want to build a car park in a flood plain in the first place? Talk about a white elephant. Add that it’ll cost at least £4 million and not be used makes it even more baffling.

Here’s the data from 3.20 this afternoon. 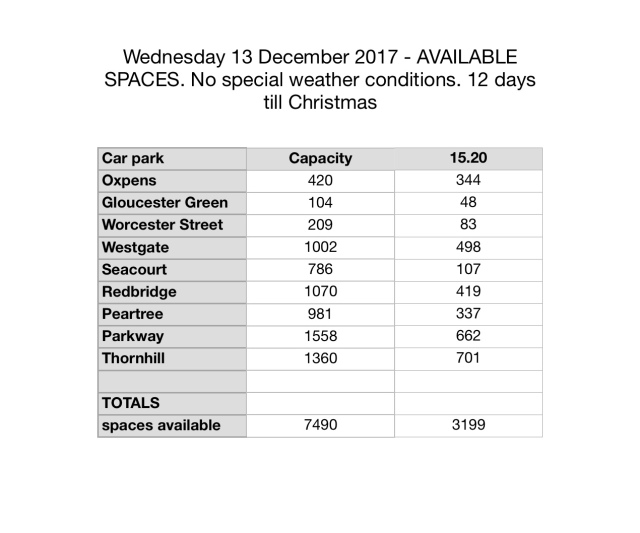