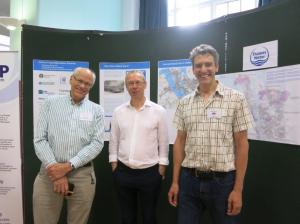 This week saw the last two public drop-in events of this series, at the Town Hall and South Oxford Community Centre. Again they seemed well-received by visitors and valuable comments were made and recorded. The partners in the scheme, including OFA, have enjoyed meeting the many visitors, hearing their views and concerns. Hopefully people have been reassured by what they have learnt: certainly that has been our predominant impression.

Meanwhile, consultants have recently begun work on the next step – of preparing more detailed plans. The comments and suggestions received at these drop-in events are being collated and will be used in this planning.