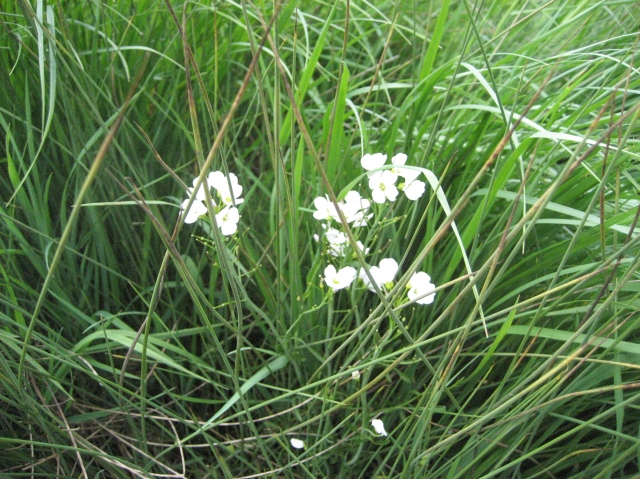 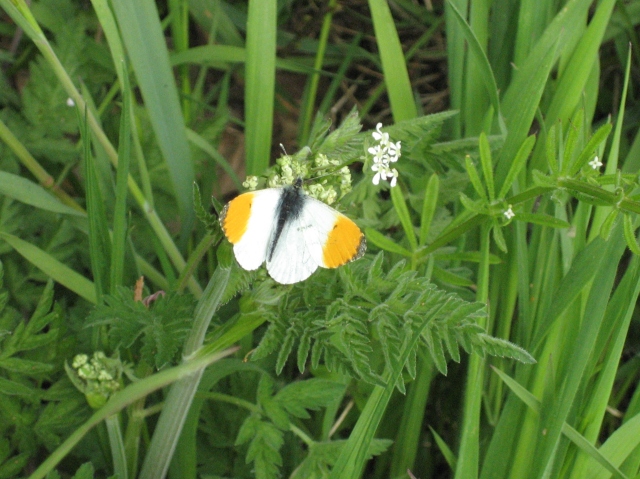 Male orange-tip. On the right day in spring Orange-tips can be seen in swirling clouds of tens of thousands over this marshy meadow 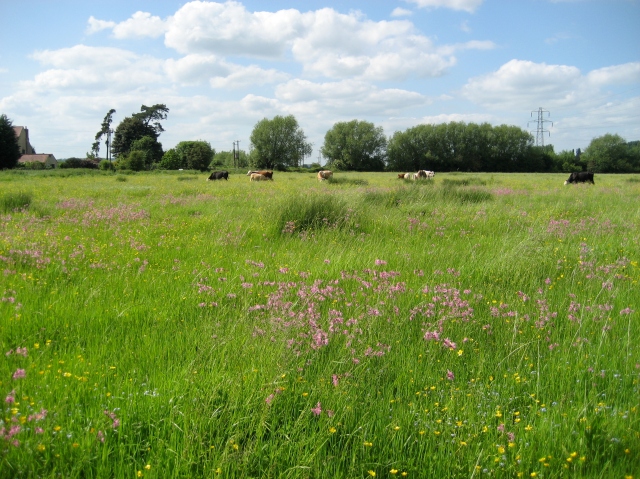 OFA attended a briefing yesterday (22 May 2018) on the Environmental Statement which forms part of the OFAS planning application. This was organised by the Environment Agency (EA) specifically for local environmental groups. Penny Burt, Phil Marsh and Graham Scholey for the EA covered different aspects of the scheme, and provided updates on the various environmental assessments being conducted.

The scheme will result in the creation of a continuous area of marshy meadow either side of the new channel with various scrapes and ponds to enhance the habitat value. Overall biodiversity should be improved and strengthened.

But there are downsides. Rich grassland meadow in some areas will be lost, and while there are plans to create more of this habitat elsewhere in the scheme this is not without risk. Trees will be lost in some areas, though compensated for elsewhere. Some views will change significantly, e.g. along Willow Walk, and at Kendal Copse just north of Kennington.

Several useful comments were made by participants in the meeting about ways to enhance environmental benefits from the scheme which the EA will think about.

Ongoing effective management of the project will be critical and the Environment Agency is now exploring detailed proposals around this with various local wildlife organisations. OFA welcomes the idea of collaboration between the EA and local bodies, but is arguing that whatever arrangements are set up there needs to be a mechanism of accountability to the public, so that local interested parties can understand what is being undertaken, and what achieved – both for flood relief and for wildlife.