In South Hinksey, the works designed to make deploying temporary defences, should flooding threaten, quicker and easier, are almost complete.

Three flap valves have just been installed on pipes which connect into field ditches. These non-return valves will allow water out from within any temporary barrier but not allow it back in from the flooded area outside.

A very few minor snagging items remain, but the scheme is otherwise complete and fully ready for temporary barriers. Many thanks to the Vale of White Horse District Council for funding and to the Environment Agency for organising the work – not least to engineer Magnus Williams who has managed the scheme from its inception to its completion. Thanks too to farmer Nick Frearson, and to the horse owners for their cooperation during the works. 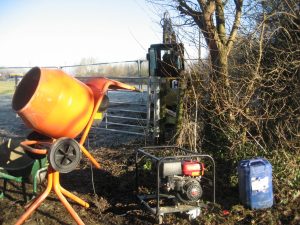 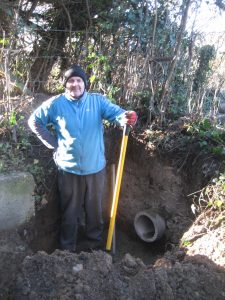 Site around a pipe which drains a ditch cleared, preparatory to installing a pre-cast header wall with integral flap valve 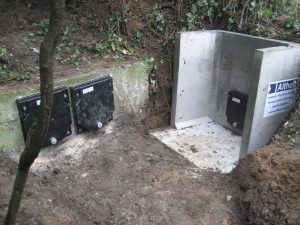 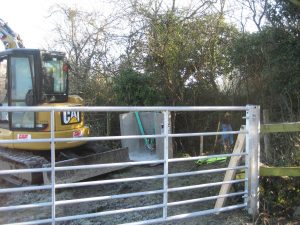 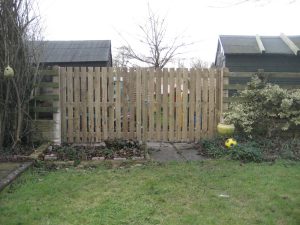 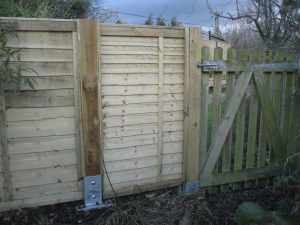 Removable fence panel and posts to accommodate a barrier 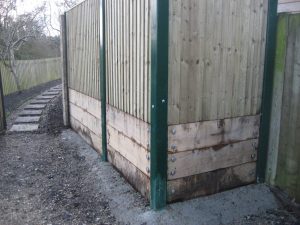 Reinforced fence, forming a permanent barrier at this point